Christian Historians play a significant impact in shaping our society’s belief and culture whether we realize it or not. These historians are usually in contact with original manuscripts that the “average” person doesn’t have time to discover. For this reason, they are able to gain credibility unlike anybody else in the world; and their work is referenced many times in other publications.

Also known as the Bishop of Caesarea, he is known as one of the best Christian Historians of not only his time, but all time. Known as the Father of Church History, he was able to deliver countless works; most of his works are still preserved today in the original language. His main focus was on the martyrs of his time; he would produce work that stimulated deep insight and challenged mainstream thinking at the time.

Phillip Hughes was a catholic historian/priest that lived from 1895 – 1967; while his quantity of works produced is small compared to some, they were highly influential including a three volume series that focused on the creation, founding, and revolt against the church. His works include “Volume I: The Church and the World in Which the Church Was Founded”; “Volume II: The Church and the World The Church Created, Augustine to Aquinas”, and “Volume III: The Revolt Against the Church. Aquinas to Luther”. He was not able to complete his 4th volume before the time of his death. 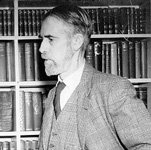 Known by many experts to be one of the greatest Catholic historians of the twentieth century, his historian career began in in the Sociological Review. Many historians claim that he has an “Old West” point of view. One of his most important stances is on the terms of the Middle Ages and Europe. Common thought is that the Middle Ages did not contribute to the modern day church’s essential characteristics – he adamantly rejects this notion.

His specialty was focusing on the Scottish Church. His most popular works include the “Transforming of the Kirk”, “The Practical and the Pious” and “Ten Years’ Conflict and the Disruption”. These three works focused on the Church of Scotland during the Victorian Era, the life of Thomas Chalmers, and the secession of the Free Church of Scotland, respectively.

John Gilmary Shea has enormous status in terms of American Catholic history. Living in the years of 1824-1892, Shea was an Irish Immigrant that learned and became fluent in Spanish. He has an incredible amount of connections with numerous historical societies that exist in both the American and European continents. He was also the first to be awarded the Laetare Medal – its significance lying with the fact that it shows outstanding service to the Roman Catholic Church.

A Swedish Christian theologian, his most famous work is the “Teologins Historia” which has been translated in multiple languages including, but not limited to: German, Russian, and Portuguese. He’s produced over a dozen works concerning dogmatism, the Lutheran church, faith patterns, and most recently the “Epistemology and Metaphysics in Theology”. 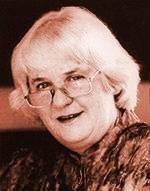 Born in 1930, many theologians and Christian historians view her as “disruptive” in terms of thinking. Many historians disagree with her analysis as it is very controversial. She believes that many of the stories in the bible are deliberately constructed myths; and that they in fact did not happen in any way, shape or form. She is a proponent of the Persher technique.

An American New Testament scholar, he is a prolific writer and editor, producing over 25 books and has authored five New York Times Bestsellers including: “Misquoting Jesus, Jesus, interrupted, God’s problem, forged, How Jesus Became God; his books have been translated into 27 different languages. 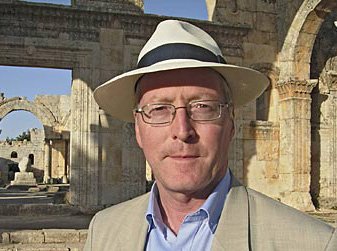 A professor of the History of the Church in the University of Oxford, he is the most unique theologian for his position on the church. Formerly a dogmatic proclaimer of the word of God, he now considers himself a “candid friend of Christianity”. Despite his conflict of being homosexual and his former goal of remaining with the Church of England; his main focus is always on the truth. This commitment to truth helped him produce his book: “The Reformation: Europe’s House Divided 1490-1700 which one multiple awards including the National Books Critics Circle Award and the British Academy Book Prize. 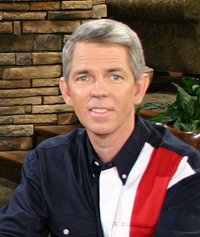 Founder of Wallbuilders, some proclaim David Barton to be a revisionist historian. The reason why he is on this list is because of his overall perception of being “very flawed” and “one-dimensional”. While many of his stances may be of self-interest; his energy leads to some undeniable truths being revealed.